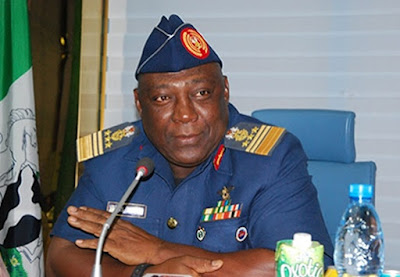 A General Court Martial sitting in Abuja has jailed six Nigerian Air Force personnel, who were aides to the former Chief of Defence Staff, Late Air Chief Marshal Alex Badeh, who was murdered in cold blood.

Badeh was shot dead in December 2018 by gunmen while on his way back from his farm.

The six air force personnel were on Friday awarded various sentences by the GCM which sat at the NAF Base, Bill Clinton Drive, Abuja.

The NAF did not specify their jail terms but said four of the personnel were detailed to provide armed escort for the late CDS while the two others were detailed for guard duty at his house.

Recall on December 18, 2018, the former CDS was ambushed and killed by some gunmen on his way back from his farm along Gitata-Keffi Highway in Nasarawa State.

The Nigerian Police Force, operatives of the Department of State Services and the military had thereafter arrested about 14 suspects in connection with the murder, who confessed that they were on a robbery and kidnapping operation.