‘We must learn to live together in Plateau State’

Plateau State Commissioner of Information and Communication, Hon. Dan Manjang, in this interview with Kolade Adeyemi, spoke on Governor Simon Lalong-led state government’s efforts to sustain peace, the call by some critics for the governor’s resignation, and other current issues. Excerpts

ONE of the supporters of Governor Simon Lalong during the 2015 election called for the resignation of the Governor for not meeting the expectations of the people. Are you worried over this development?

We are not worried because we are in a democratic society and everybody is entitled to his opinion. Dr. Chirstopher Piwuna, who made the call, is entitled to his opinion. We expected him to have raised issues within the context of the three pillars policy thrust of the rescue administration that addresses issues of peace, security and good governance; infrastructural development; and sustainable economic rebirth. If the call was within this context, we would have said he is not playing to the gallery but for him to come up with the issue that he contributed money for the governor’s campaign is trivial. Plateau people are satisfied with what the governor is doing because his policies have impacted positively on their lives. If you look at the three point policy thrust of the rescue administration, what stands out clearly is that the government embraced continuity. It has continued with projects that were abandoned by past administrations.  This was to provide security for citizens and beautify the city centre. These are laudable initiatives that will stand the test of time. Dr. Piwuna has unfettered access to the governor; he could have walked to him or seek to have audience with him and discussed the issues he raised.

We are still exploring the possibility of reaching out to him; he is one of us. Governor Simon Lalong is not a governor of APC, he is the Governor of Plateau State and he took an oath to serve Plateau people and he is doing it with the whole of his energy.

Based on the issues raised by Dr. Piwuna on lack of credibility and none performance, do you think they are genuine for the governor to resign?

There is no need for the governor to resign. The mandate of the governor spans to May 29, 2023. The governor does not need to resign just because somebody woke up and decided to call for his resignation. People should be patient and appreciate what others are doing to make life comfortable for the citizens. The governor is in his second tenure and I believe, based on the spirit of zoning in the state, the governorship is moving to the Central Zone and Dr. Piwuna is from the Central zone and is qualified to contest election to become governor of Plateau State. We should be patient; he has the fundamental right to contest election to become the governor of Plateau State.

But he has already called on the State House of Assembly to commence impeachment of the governor. Don’t you think he is speaking the mind of some forces behind him?

May be, may be not: I wish to state clearly that there is no reason for the governor to resign following his positive impacts on the people of Plateau State.

Relative peace has returned to Plateau but there are still skirmishes in some communities which are still under attack. What is the government doing to minimize this?

There has been a lot of community engagement to stop or reduce these skirmishes at the community level; the Peace Building Agency has been up and doing. Some states have come to borrow our template, which is working for peace in Plateau. Government is strengthening the state security outfit “Operation Rainbow” and community policing is coming on board with different strategies. 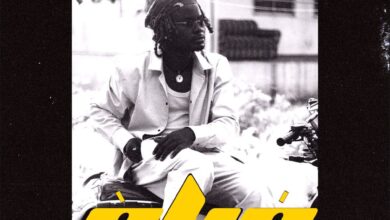