Troy Deeney reckons there is ‘probably one gay or bi player’ in every football team and once one comes out there will be ‘100 more’.

The Watford captain thinks it just needs one big star to be the ‘face’ of LGBT in football to trigger a wave of players revealing they are gay.

Deeney, 31, said he could not understand why players kept it under wraps until their careers were over.

“I feel like it must be a really heavy load to carry throughout all your whole sporting career,’’ he said.

“I think there is now a bigger platform than ever to be a gay athlete of any nature.”

Deeney told the Grounded With Louis Theroux podcast on BBC Sounds and Radio 4 that he was ‘100%’ sure many footballers were gay.

But they did not want to have to ‘shoulder the responsibility of being the first’. 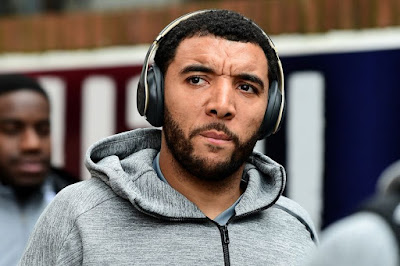 “I think once the first comes out there would be loads,” he said.

Host Louis asked what would happen if a star of the magnitude of Ronaldo had been gay.

Deeney, a divorced dad-of-two, replied: “I don’t see that as an issue.

“But if he came out and said it I genuinely believe you would get in the first week at least a hundred people that went ‘me too’ just because they don’t want to be the face of it.’’