Fenty in 2019 and shoe designer Amina Muaddi, who was invited by Rihanna to create her own capsule collection for Fenty, has praised the star for being adventurous with her label.

She told British Vogue: ”Rihanna’s so warm and open to ideas – that’s what struck me the most. She’s up for trying things and not scared of risks. Ri tries the products on and tests them on herself – it’s cool to see that she cares how she feels when wearing them.

”[The collaboration] was very organic. I obviously love Rihanna for both her music and her talent, [but also] for her iconic style. I have a lot of admiration for her. When she launched Fenty, I was excited to see the collection and she sent me a lot of pieces. Ri was always wearing my shoes and I was wearing Fenty. So we were supporting each other; we have mutual respect for each other’s work. When [Fenty deputy creative director] Jahleel Weaver asked me if I wanted to be part of their project, of course, I said yes.

”When I’m designing for Fenty, of course, I think of Rihanna – she needs to like them. But in general, I don’t think of a particular person because I feel like every woman can be an Amina Muaddi woman or a Fenty woman. It’s not that I think women will like the whole collection, but I think there’s a little something for everybody.”

And Weaver revealed Fenty chose Amina because she ”embodies the values of the brand”.

He explained: ”Amina is obviously extremely talented, with a great point of view and aesthetic, but she also embodies the values of the Fenty brand. Like Rihanna, she’s a modern woman designing for modern women.” Justin Bieber has started wearing Y2k crop tops (ergo, so should you) 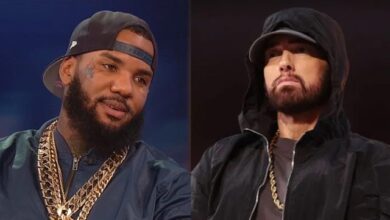