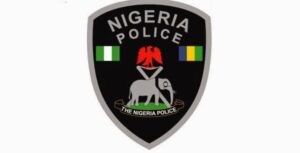 The office of the Attorney General of the Federation (AGF) on Thursday, told a Federal High Court in Abuja that it has taken over the prosecution of a former Governor of Imo State, Chief Ikedi Ohakim, accused of threatening and harassing one Mrs Chinyere Amuchienwa.

Jexclusiveblog media gathered that a counsel from the office of the AGF, Bagudu Sani, disclosed the message to the Abuja High court in a letter dated March 17, 2021, which he said had been served to the Inspector General of Police, Mohammed Adamu.

According to reports, Ohakim would have being arraigned on Thursday by the High Court if the office of the AGF hasn’t taken over the case.

However, it was learnt that the Counsel to the Police, R. F Dimka, opposed the taking over of the case by the office of AGF on the ground that the charges preferred against the former Governor were prepared by the office of the IGP, whom she said is the complainant in the case.

Meanwhile, the trial judge, Justice Taiwo Taiwo, reacting to the letter, told Sani from the office of the AGF that he should file the letter formally before the court, he however, said that he has taken judicial notice of the letter.

The Judge adjourned the arraignment of the Okahim to May 6, 2021 to enable both parties file and serve written addresses on the propriety of the office of the AGF taking over the case from the Police.