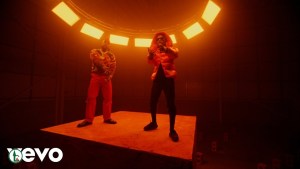 “Ginger” is a fan favourite from his “Made In Lagos” album. The song so far has garnered over 8 million streams on Spotify since release.

Fans can now enjoy the crisp visuals to the music.

It was directed by Meji Alabi for JM Films.