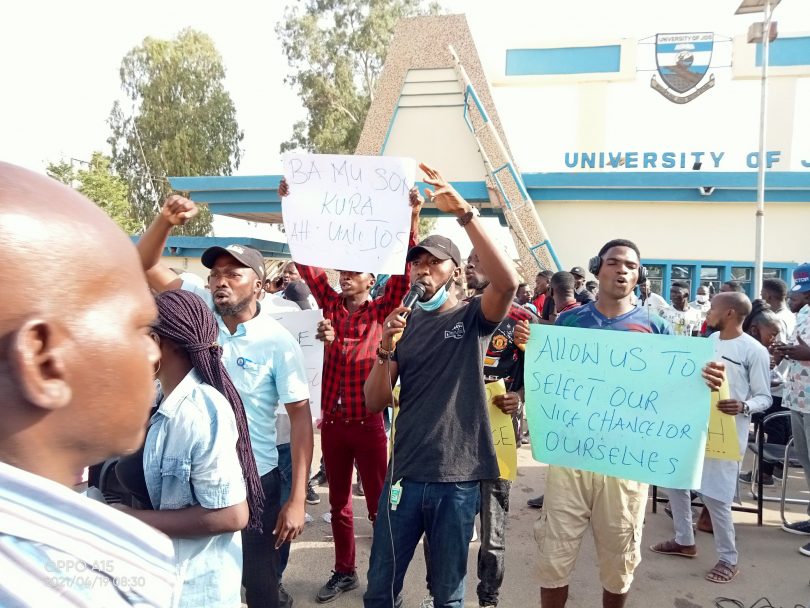 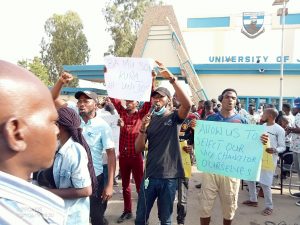 Staff and students of the University Of Jos, Unijos have been left stranded outside the main Campus gate and the permanent site gate as a result of an ongoing protest, which started in the early hours of Monday 19th April.

All gates were locked, with students holding various placards with inscription “Say no to external interference”. The protests is purported to be about an alleged plan to bring in an executive secretary after the expiration of the tenure of the Vice Chancellor, Pending the appointment of a substantive Vice Chancellor.

However the SUG have called for calm in an earlier press release in which it said “the Students Union Government is not calling for any protest but is only attending a press conference today, as such every call for a protest from whatever angle should be disregarded”.

As of the time of filling this report, no one is being allowed to go into the school premises as  Security Men are saying “Go Back home, till further notice”.

Photos via Jexclusiveblog media Below