Super Eagles captain Ahmed Musa have been included in ‘The 50 worst players in Premier League history’ by FourFourTwo.

FourFourTwo listed the Eagles captain and British-born Nigerian, Akinbiyi, as one of those whose careers failed to flourish in the EPL.

Musa, who occupies number 44 on the list, joined Leicester City in 2016 and scored five goals in 33 games in two seasons.

The magazine stated, “In the glow of their Premier League-winning season, Leicester broke their transfer record to bring Musa to England for £16.6m from CSKA Moscow.

“The Nigerian forward has always been an unremarkable and patchy player, who most importantly, didn’t have a natural place in the Foxes side. At no point in his 18 months at the King Power Stadium (33 games, five goals) did Musa’s transfer ever look likely to be remotely successful.”

Akinbiyi, who was born in Hackney, England and has one cap Super Eagles, is on number 29 on the list.

“Ade Akinbiyi, Yes, we admit it, this has plenty to do with that game for Leicester against Liverpool. Some 20 years later, it’s still hard to watch, the wild shanks, the miscued headers, his sad little face,” FourFourTwo added.

“It would be remiss not to point out that Akinbiyi had a thoroughly respectable career outside the Premier League.

“Burnley, Wolves and Bristol City fans will all remember him fondly(ish), but the memory of that day at Filbert Street is just too vivid. Top-tier spells either side of his two seasons at Leicester – at Norwich and Sheffield United – yielded no goals in 18 appearances. 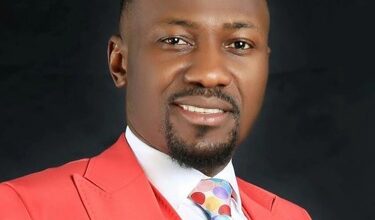