The ‘Good as Hell’ hitmaker – whose grandparents founded the Pentecostal Christian church the Church of God in Christ – had a ”very evangelical” upbringing with lots of strict rules in place.

”We couldn’t wear pants to church because they were the devil. Listening to rap, pop and R&B and even going to the movies was forbidden, they were all the devil. So I only listened to gospel music.

”I was very nerdy in Detroit. I was so scared of eternal damnation.

In her spare time, the 32-year-old star would read the bible.

She admitted: ”I read it all, from front to back. I wasn’t crazy, just dedicated. That’s how I was raised.”

Even now, Lizzo prays backstage with her team ahead of each show and finds her faith helps her to cope with the ”savage” side of the music industry.

She said: ”This is a savage industry. You have to cultivate your spirituality.”

The ‘Truth Hurts’ singer’s father bought her first flute and she was grateful he was always supportive of her.

She added to Marie Claire Australia: ”Playing the flute was everything to me. I wanted to be in the Boston Pops Orchestra, study in Paris and play in London. I had it all planned out.

”My dad encouraged me so much. He genuinely believed in me, he wanted me to be a successful flautist and to play the national anthem at a baseball game.”

However, after her dad died when she was studying at university after securing a scholarship thanks to her musicianship, Lizzo dropped out.

She reflected: ”It wasn’t an easy decision, it was awful.

”I wasn’t the best or the most brilliant. I wasn’t a bright hopeful star like I was in high school so I got out of there ASAP. I didn’t feel special and today I see that this is very selfish.”

Jason Derulo reportedly makes a lot of money from posting videos on TikTok, although he’s not revealing the actual amount.

In a new interview with Complex, the 30-year-old musician was promoting his new single “Cono” when the conversation turned to the popular social media app, which might be banned in the US.

Jason explained that he enjoys the creativity that TikTok allows: “I feel like I thrive on TikTok because I can show me. TikTok is all about creation and I love building things from nothing.”

He also admitted that he is earning a lot of money from his videos too, but didn’t say just how much. The rumor is that Jason earns about $75,000 per video.

“I think it’s tacky to say what I do make from them, but it’s far more than that,” he laughed. “But, I’m not going to say what it is.”

You can check out two of Jason‘s most recent TikToks on JustJared.com now – even the one where he pranked his fans that he chipped his tooth! 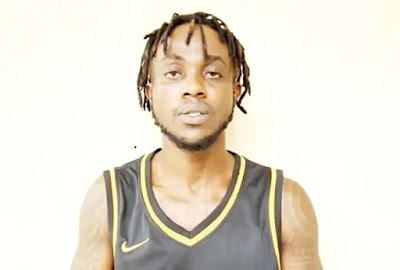 Police operatives have rescued a citizen of the United States of America who was allegedly confined to a Lagos hotel against her wish for over one year.

The victim, who came from Washington DC, arrived in Nigeria on February 13, 2019, on a visit to 34-year-old Chukwuebuka Obiaku, a native of Ikeduru LGA of Imo State, whom she met on Facebook.

The retired civil servant reportedly lost about N18.5m to Obiaku, who allegedly took control of her credit and debit cards, as well as the operation of her bank accounts.

The suspect also allegedly took receipt of the American’s monthly retirement benefits and allowances for 15 months.

This is happening a few weeks after the police similarly rescued a Filipino woman, who was lured to Nigeria by her supposed lover whom she equally met on Facebook.

This is happening a few weeks after the police similarly rescued a Filipino woman, who was lured to Nigeria by her supposed lover whom she equally met on Facebook.

According to a statement on Sunday by the Force Public Relations Officer, DCP Frank Mba, investigations show that Obiaku, a graduate of Business Administration and Management, is an Internet fraudster who has defrauded many unsuspecting members of the public, both locally and internationally.

Obiaku allegedly lured the victim into the country on the pretext of love and deceitfully married her on May 15, 2019.

“He subsequently held her captive in a hotel, extorted from her money amounting to a total of $48,000. He also forcefully collected and took control of her credit and debit cards, as well as the operation of her bank accounts, including the receipt of her monthly retirement benefits and allowances over the period of 15 months,” the police said.

The statement disclosed that the suspect also used the victim as a front to defraud her associates and other foreign personalities and companies.

The unidentified victim was reportedly rescued by police operatives attached to the Intelligence Response Team, Ogun State annex, following information received from a Nigerian in the Meiran area of Lagos State.

Hit song maker and producer Magicsteez is finally out with his must anticipated Ep tag 2000 & Forever.

The EP 2000 & forever was one of the must anticipated project of the Year,  Magicsteez therefore made it a blast.

The Ep 2000 &  Forever by Magicsteez has features like Don Mc , Kingswag , Livzy Jay and LQ.

All Song’s were produced by Magicsteez check out track list below.

Track 01: Magicsteez – On Your Side

Track 03: Magicsteez – Talk And Do

Pishing Peter popularly known as “FISH” AKA TAG,NGAS By Tribe from Kanke LGA Plateau State is another rapper with prospect and much determination to be successful.

The rapper is also a security personnel which shows that he is not a dependant artiste but someone willing to invest in his dreams.

His music career started in 2013 after he lost his Mum.He studied education @ University of Abuja.

Fortunately for him,He was good enough to create his own style and kind of music.

His music and sound developed after he met other top rated entertainers in the industry.

He fuses trap sound with hip hop to achieve his choice of music.He Recorded 2 Mixtape and a Demo with REAL MONEY ENTERTAINMENT STUDIO in Lagos State.

6IX9INE emerges with an amazing new song titled “WOW” featuring Pop Smoke and its right here for your free download.

Police were reportedly called to an Oklahoma zoo formerly owned by Tiger King star Joe Exotic, after a film crew believed they had discovered human remains.

According to TMZ, law enforcement arrived after dogs that were already on site appeared to signal they had found parts of a body in an alligator pit.

It was then found that the remains were apparently those of a small animal – possibly an alligator – and officials declared the matter closed.

The dogs were reportedly brought in as part of an episode of Zak Bagans’s Ghost Adventures.

The zoo in Wynnewood originally belonged to Exotic until he was convicted on animal abuse charges and for murder-for-hire as part of a plot to kill his rival, Carole Baskin. He is currently serving a 22-year sentence.

A judge has since granted Baskin, 58, full control of Exotic’s 16.4-acre park, in order to help resolve a $1m (£792,000) judgement that Exotic was ordered to pay her for copyright infringement.

Exotic had originally left the zoo to his former business partner, Jeff Lowe, and his mother. However, the judge ruled that his transfer of the zoo land to them a few years ago was fraudulent.

Lowe was given 120 days to vacate the premises and remove all of his exotic animals from the property.

In a Twitter post, Exotic’s management said Baskin’s takeover of the GW Exotic Animal Memorial Park ‘was “a dark day in history”.

“Carole Baskin has stolen the zoo while Joe is helpless behind bars and the world is trying to fix the brokenness in our police departments,” the tweet said

Meek Mill showed his support for Jada Pinkett Smith’s honesty amid the August Alsina scandal. The 48-year-old took herself to her famous Red Table to discuss her relationship with the 27-year-old singer after August exposed it during an interview.

She admitted to getting in ‘an entanglement’ with August while her and Will were briefly separated, resulting in Meek showing his support. He tweeted: ‘Jada being a woman and being real about her actions was refreshing to see a woman do in that type of situation!’

During the latest episode of Red Table Talk, Jada used the term ‘entanglement’ to describe her relationship with the R&B singer. ‘Entanglement….’ Meek wrote taking note of Jada’s choice of words.

Last month, August revealed details about his relationship with Jada, claiming he had got Will Smith’s ‘blessing.’ However, both Will and Jada denied giving ‘blessing’ as it was something that was only up to Jada.

The Fresh Prince of Bel-Air star also admitted he didn’t think he would ever speak to his wife again during their brief split. The couple – who have been married for 23 years – thought they were doomed as Will said he was ‘done’ with her.

Keke Palmer comes through with yet another new song titled “Snack” and is right here for your fast download.

Listen and dowload snack below

Cross Worship & Osby Berry comes through with yet another song titled “Do It Again” and is right here for your fast download.