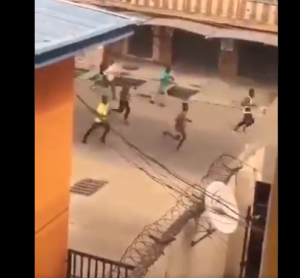 A clash between street boys in Aguda, Surulere, Lagos, led to the death of at least one person and the police have now reacted to the clash.

According to eye witness reports, the clash was between Pako Boys and Aguda boys. 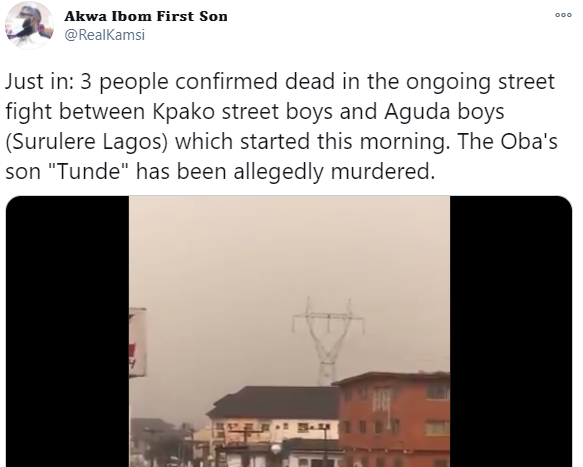 Reacting, the Lagos State Police said arrests have been made.

A statement from the police reads: “The police command has arrested 12 suspects in connection with the protest/clash between some youths in Aguda area, Surulere on Sunday 24th Jan, 2021.

“The incident left one Munero, m, dead. Munero, who was alleged to be a serial killer in the area was lynched by irate youths in the area.

“We have restored normalcy to the area as the Commissioner of Police Lagos State, CP Hakeem Odumosu, has deployed additional men to the area under the supervision of the Area Commander Area C Surulere, ACP Fatai Tijani.

“Arms and ammunition were recovered from the suspects who are helping the police in their investigation.

“We will still arrest more as we continue our investigation into the matter.”

Below is a video of the clash.