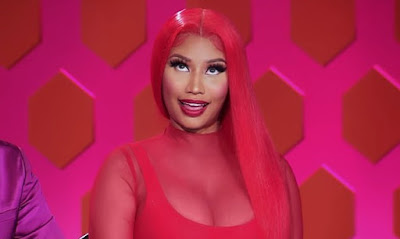 The world might be on the verge of welcoming a mini Nicki Minaj. The outspoken rapper, 37, set her fanbase and Twitter in general ablaze on Thursday, when she responded to multiple fans asking her rather pointed questions about being pregnant.

In one back-and-forth, a Nicki ‘barb’ (the term coined for her loyal fans) asked the Super Bass singer, ‘Are you also throwing up in morning and having to go to the bathroom a lot?’

And Nicki responded rather plainly, ‘Lmao. No throwing up. But nausea and peeing non stop.

‘Omg what do u think this means guys???? Lmaooooooooooo,’ she concluded the revelatory message.

Another hint from the Grammy-nominated artist came when a fan asked, ‘Can you post a baby bump pic Queen?’

Without missing a beat, the Starships hitmaker replied, ‘Yea in a couple months. The world ain’t ready yet.’

She concluded that missive with a smiley emoji, along with a winking kiss face. 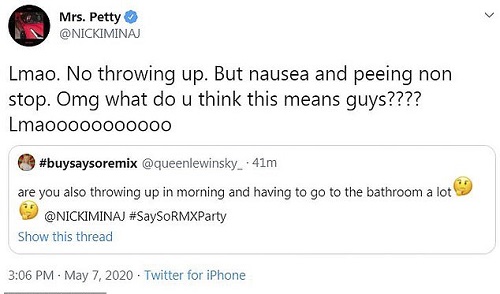 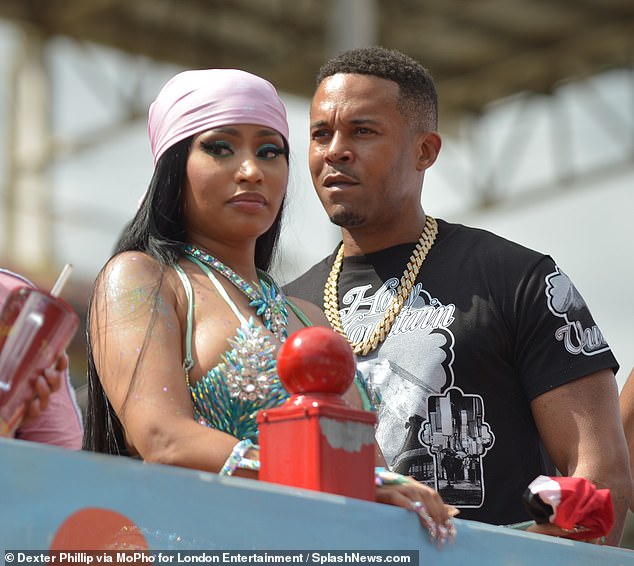