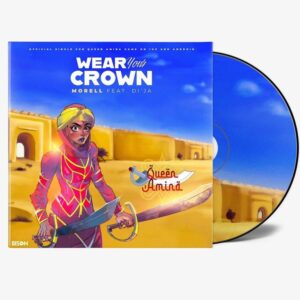 Prolific Arewa bilingual sensational thriving act who known as Morell just unleashed an electrifying masterpiece featuring the well known mavin records female outstripper, Di’ja on the song “Wear Your Crown”. The song song’s specifically advising every woman out there to make the late “Queen Amina” of Zazzau her role model because she was a queen with no fear who really achieved a lot during her life ruling time. This serve as an anticipation of soonest to be out gameplay created for “Queen Amina”