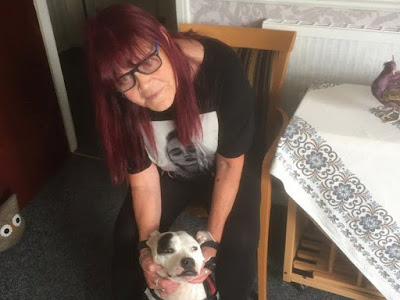 A woman has told how her best friend poisoned her by lacing her coffee because she didn’t buy him the PlayStation game he wanted for his birthday.

Denise Smith, 66, started suffering from dizziness, confusion and extreme fatigue shortly after Christopher Connolly, 29, moved in with her.

Unbeknown to her, he was lacing her Canderel sweetener with crushed-up concoction of painkillers, antidepressants and pills for anxiety and sleep disorders.

She became so ill that Connolly eventually called the police to confess after thinking he had killed her.

Denise was rushed to Medway Hospital in Kent and spent two days recovering – but still suffers from memory loss and insomnia.

Connolly pleaded guilty to attempting to cause grievous bodily harm with intent at Maidstone Crown Court and was jailed for four years in April.

The court heard how he became vengeful after she failed to buy him the PlayStation game he wanted for his 28th birthday in December 2018.

Speaking about her ordeal for the first time, Denise, a charity shop worker from Chatham, Kent, said: ”Christopher took advantage of me in the worst way possible.

”He was a lost young man – all I ever tried to do was help him out.

”His excuse for poisoning me was that I couldn’t afford to get him the birthday present that he wanted, but I had no money as I’d just moved house so there was no way I could.

“He was bitter because I hadn’t been able to get him the PlayStation game that asked for.

”His revenge was to drug my coffee, knowing full well as most of my mates do, I have at least 10 cups a day.

”I was in a permanent state of groggy confusion for the weeks he was drugging me, it got worse and worse until I was bedbound.

”He kept saying I wasn’t to worry as he was there to take care of me.

“But he could have killed me.

”My memory is damaged now for life, I have insomnia and dreadful flashbacks.

”It makes me sick to think of what he did to me. He was supposed to be my best friend.”

Denise and Connolly first crossed paths after becoming neighbours in Chatham in 2014. Unemployed Connolly volunteered to mind Denise’s dog – a Staffie called Mollie – while she was at work in a local charity shop.

The pair became close – with Denise regularly cooking healthy meals for the young man who she says seemed ‘lost’ and ‘like he needed nurturing’.

She said: ”He absolutely adored my dog Mollie and was really helpful with her.

”I started doing little favours back for him, I’d find nice shirts or jumpers from the shop and bring them back for him.

”I’d cook us nice dinners a few times a week too – we became friends.

”He had a bit of a temper, but we got on really well and I felt that I was a calming influence in his life.”

But things changed when Denise was unable to buy Connolly a £50 present for his 28th birthday on December 21, 2018.

Denise had just moved house and so could not afford the PlayStation game, Red Dead Redemption, that he wanted – leaving Connolly deeply bitter.

She also believes that Connolly was resentful that she moved house without bringing him with her.

”Christopher sulked for weeks after I’d told him I couldn’t afford the game,” she said.

”I thought it was ridiculous, but as he wasn’t on good terms with his family I did feel a bit sorry for him as I knew he wouldn’t most likely get much at all.

”I gave him the benefit of the doubt about it.

”I had also invited him around to mine for Christmas that year. I stocked up the fridge with all our favourite foods and even let him stay around at my flat for a few days.”

On December 21, 2018 Connolly began spiking Denise’s coffee with a mixture of crushed painkillers, antidepressants and pills for anxiety and sleep disorders.

When she questioned the taste he suggested topping it up with ‘a festive’ Baileys – which he knew to be her favorite Christmas tipple.

Over the next few weeks he continued lacing her coffees and watched as she got weaker, more confused and eventually became bedbound.

She said: ”Every time I thought the coffee tasted funny or a bit bitter he would top it up with a bit of Baileys.

”At first it made me feel quite festive and I started looking forward to a few relaxing weeks. ‘But then I started getting weird symptoms.

”I was waking up feeling groggy, my hands would shake uncontrollably. ‘I felt so out of it and it got worse as the days went by.
‘Christopher kept offering to make me a coffee to perk me up a bit. ‘My memory started to go.

”On Christmas Day I could hardly get out of bed but I did manage it. ‘The rest of the week was a blur, I don’t remember New Year at all.

”By the 2nd I couldn’t get out of bed, I couldn’t take Mollie for a walk and of course Christopher offered to help out. ‘I felt so grateful to have such a good friend, I really thought he was looking after me.”

On January 3, 2019, Connolly visited Denise to walk Mollie, leaving her flat around 8pm. Connolly then used a local payphone to ring 999 – telling the operator he thought he had ‘murdered’ his friend.

Police arrested him and went to Denise’s home where they had to wake her from a ‘drowsy’ state.

On October 10 last year Connolly appeared before Maidstone Crown Court and admitted attempting to cause grievous bodily harm with intent. He was later jailed for four years.

Connolly, who had no previous convictions, was said to be suffering from an emotionally unstable personality disorder and autism.

Denise said: ”At first I didn’t believe what the police were telling me. ‘I just couldn’t believe that Christopher would do that to me.

”I felt really sad for our friendship, I also felt quite angry. ‘I am still suffering the ill effects of the drugs he’d been giving me.

”I couldn’t believe it when I heard he’d told the police he did it because I didn’t get him that game for his birthday.

”I really don’t think he got long enough of a sentence, he’ll be out before you know it.

”It is absolutely scary what could have happened. He might have come back and finished me off.”