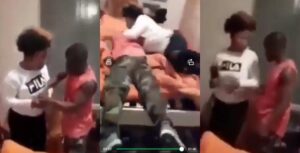 A video making the rounds on social media has capture two lovers engaging in a heated argument inside a room.

According to the boyfriend, he got a new phone for his babe, and found out that she saved his number with “big head” and saved another man’s number with “my love”.

The lady however denied being a cheat, and claimed the man she saved his number as “my love is her brother.

The man didn’t believe her as he quickly got hold of the phone and smashed it, which led to a physical fight between them. He claimed he bought the phone for her four days ago.

Watch Below via Jexclusiveblog media 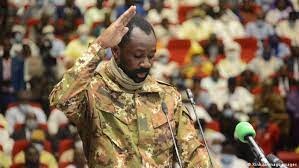 Mali’s Interim President Escapes Death After Being Stabbed Inside Mosque