‘Made In Lagos’ Cost Me 3-Years; I Knew It’ll Be A Mega Success – Wizkid Spills 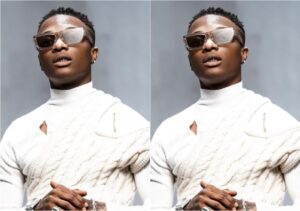 Grammy nominated singer, Ayo Ibrahim well known as Wizkid has revealed the effort he put in his popular album “Made In Lagos” before releasing it.

Wizkid who was recently named the Artist of the Year (Africa) by Apple Music at the Apple Music Awards in a speech spoke about the success of Made in Lagos.

According to him, it took three years before he finally released his album and he knew it was going to great success.

Wizkid further disclosed that he knew his album “Made In Lagos” will be a mega success and go a long way because it took him three years to finally polish ll the tracks on the album before launching it.

He says, “I felt it coming. I would say I’m lying if I didn’t feel it coming because it took me three years to work on that album.

So I felt like there was going to be a shift, but I didn’t know how it would come. Because I knew that it was kind of like a different… it wasn’t a different sound, but it was more mature sound from what I used to make.

“From when I was way young, man. I called my first album ‘Superstar.’ How confident can you be? So yeah. I was born to do this sh**, man.”

Wizkid also spoke about his admiration for singer Tems and the success of ‘Essence.’

The collaboration between Wizkid and Tems on their song Essence was one of the great collaborations the music industry has seen.