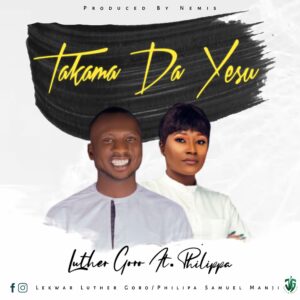 A song just dropped from one of the finest and best musician in Plateau State  LUTHER GORO. He featured a beautiful face [PHILLIPA] with a soothing voice in his new hot single called TAKAMA DA YESU

The song is released also as a gift from him to his fans as it’s his birthday!!!