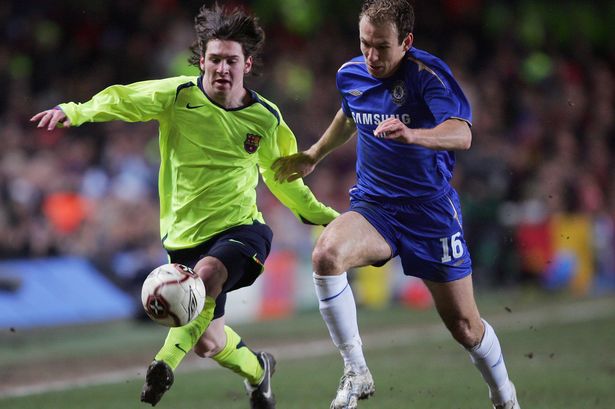 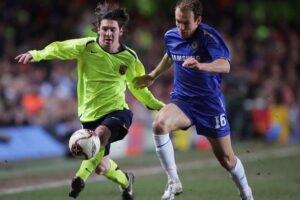 That number, 42, won’t be remaining for long after Blues head coach Tuchel revealed the ridiculously bloated number of players he has been working with through pre-season, the final few returning late last week after their summer exploits with their country.

It will be trimmed down but also added to, with the Blues confident of securing a move for Romelu Lukaku to bring the Belgian striker back to Stamford Bridge.

Jack Grealish’s £100million move to Manchester City, the biggest transfer in Premier League history, should have been the blockbuster news of the summer transfer window. But just an hour before it was announced, a bombshell dropped.

A short statement read: “Despite having reached an agreement between FC Barcelona and Leo Messi and with the clear intention of both parties to sign a new contract today, it cannot be formalised due to economic and structural obstacles (Spanish La Liga regulations).

“Given this situation, Lionel Messi will not continue linked to FC Barcelona. Both parties deeply regret that the wishes of both the player and the Club cannot finally be fulfilled.

“Barca would like to thank with all its heart the player’s contribution to the enhancement of the institution and wishes him the best in his personal and professional life.”

Immediately, the rumour mill swung into action – where would Messi be playing next season? Paris St Germain and City, who were still in Grealish announcement mode, were the obvious two teams immediately linked.

Arguably, one of the only other clubs who could afford to have Messi on their books is Chelsea. But, let’s be honest, it’s not going to happen.

Would Roman Abramovich love to have Messi in west London? Of course he would. Kai Havertz, Mason Mount and Messi dovetailing their way to the Premier League title has a nice ring to it. Abramovich’s name was trending on Twitter immediately after the news that Messi was out of the Nou Camp dropped.

But in reality? Well, that’s different.

So why not cast our minds back to 2006, when a fresh-faced and floppy-haired 18-year-old Lionel Messi rocked up at Stamford Bridge with Barcelona for a Champions League last-16 clash with Jose Mourinho’s Blues.

Messi was emerging onto the world stage having been a part of Barcelona’s squad in La Liga for more than a year but this was to be the first time English football fans would see the new up and coming star on their shores.

A year previously, the two sides had met in European competition and Mourinho accused Barca boss Frank Rijkaard of influencing referee Anders Frisk as Didier Drogba was sent off at the Camp Nou in a 2-1 defeat.

Chelsea won the return game 4-2 at Stamford Bridge to eventually come out on top but Rijkaard was far from impressed as a fracas ensued near the tunnel in SW6 at full time.

A year later, a teenaged Messi lined up alongside Ronaldinho and Samuel Eto’o in Barcelona’s three-man attack on a Stamford Bridge pitch that had certainly seen better days. This was to be Messi’s acid test.

Blues left back Asier del Horno clearly had no time for Messi as he hacked him down early doors, receiving a booking. The Argentine shrugged it off, only to be clattered by the Spaniard once again – having made a mess of Arjen Robben by the corner flag with an outrageous flick – and the Blues man was, unsurprisingly, sent off.

Messi said of del Horno’s actions after the game: “It was obvious from his first attack on me that he went in to kick me on the knee.

“It meant the second time he came in really hard, he was going over the ball with the intention of hurting me. That was why I jumped and that is the only reason he did not do real damage.”

The ten-men of Chelsea took the lead through a Thiago Motta own goal but the Catalans roared back to secure victory thanks to goals from Ronaldinho and Eto’o. Barca would go on to win the Champions League that season, seeing off Arsenal in the final in Paris. Messi missed that final through injury but had announced himself to the world against Chelsea with a virtuoso display.

We all know what happened with Messi next as he became the greatest player on the planet and arguably the greatest of all time. At age 34, his next step awaits. Messi has said he’d want to return to the club he left as a 13-year-old Newell’s Old Boys, to see out his playing career.

But there are teams in Europe that will still give the Argentine what he wants to stay on this continent.

And, of course, Barcelona could still find a way to keep hold of Messi, despite their horrendous financial situation and embarrassing comedown from one of the game’s superpowers to a laughing stock following the reign of former president Josep Maria Bartomeu.