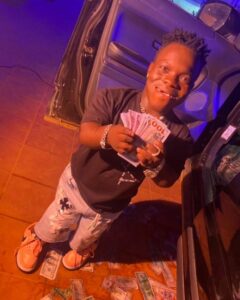 The internet sensation who came to the limelight after claiming he is richer than African richest man, Aliko Dangote, in a video he shared on social media revealed that he loves money very much but when it comes to making a choice between a woman’s “honeypot” and money, he chooses the honeypot.