Ganduje made me know of Sanusi's dethronement and asked if i will accept him, before he was banished to my state, Nasarawa Governor explains all - JEXCLUSIVEBLOG
Facebook Twitter LinkedIn Pinterest Messenger Messenger WhatsApp Telegram Share via Email

Nasarawa State Governor Abdullahi Sule, who hosted the dethroned Emir Muhammad Sanusi in Loko and Awe, spoke on the role he played in the temporary banishment of the former Central Bank of Nigeria (CBN) governor in his domain.
Wow!! Check Out JAMB New Directive Before Your Exams
According to him, his state decided to accommodate the former Emir as a sign of respect and because of his personal relationship with Sanusi as a former colleague in the corporate world.

Sule, who was until his election, Dangote Group’s managing director, said his path and that of the former emir had crossed several times when Sanusi held the fort as the CBN boss.

Following his deposition on March 9 by the Kano State government, Sanusi was first taken to Loko in Nasarawa before he was relocated to Awe.

But a Federal High Court in Abuja ordered his release from “detention’. He arrived in Lagos at the weekend.

“In fact, the message was all over the social media that he was dethroned but because I hardly check my phone when I’m busy with other things, I didn’t know. It was when the governor now called and my aide brought the phone to me that Governor Ganduje was on line, and we spoke that I knew of what happened.”

Sule said when he picked the call his Kano State counterpart simply told him what had happened and asked if he would like to host the deposed Emir. He said as a “senior” governor to him, he accepted the offer without asking questions.

“The whole world knew they were having issues and all that, but I never knew it would lead to dethronement. And I never asked him what and why it happened. I just said I would accept him. How can I reject him?

“Nasarawa is seen as one of the border states between the deep north and the southern part of the country. If you remember when Nasarawa and Plateau were together, every time you had a governor from the upper Plateau for the Christian population, the lower Plateau, which is Nasarawa will be represented by a Muslim. A lot of the major cities in Nasarawa identify with the deep northern part of the country. If you look at Keffi, Nasawara itself, which is where the name is from and if you look at Lafia people they identify more with the people from Borno. That’s how Nasarawa has always been.”

Responding to a statement credited to a former governor (name withheld), who said the deposed Emir Sanusi was taken to Loko, which the former governor described as “the most backward” part of the country, Sule said that it was “an erroneous statement from people who have very little knowledge about history.”

“Immediately, he was deposed, the governor of Kano State, Abdullahi Ganduje, called me. And he said, we have just dethroned the emir. And we are thinking about bringing him to Nasarawa State if you’ll accept him. I said, I’ll be more than happy to accept him because this is a global citizen, a highly respected person.

“Speaking from a personal note, my biological father is a traditional ruler and he has been a traditional ruler for the past 50 years. So, I know what it takes at the Emirate Council, about respect you have to give to royalty and all.  And based on that I said yes I’ll be the happiest person to host him in my state.”
EP: M.I Abaga – Judah
According to him, the deposed Emir got royal treatment throughout his stay in the state 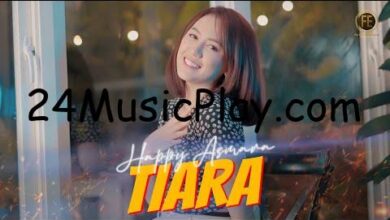