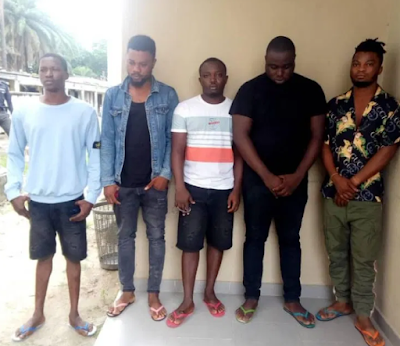 The suspects were apprehended at Ota, Ogun State, and Victoria Island, Lagos following intelligence received about their alleged involvement in internet fraud.

Items recovered from the suspects include different brands of cars allegedly acquired from the proceeds of fraudulent activities.

The anti-corruption agency stated that they would be charged to court as soon as investigations are concluded.