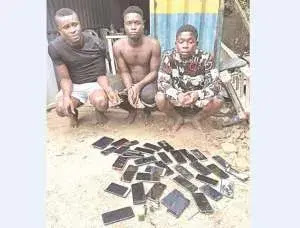 It was the end of the road for five suspected fraudsters otherwise known as 419 who have been defrauding gullible Nigerians, following their arrest by the Area ‘B’ Police command, Apapa, Lagos.

Their likes walk in a group of two or three and are everywhere across the state. While one of them would pose as a cab driver, others would pose as passengers.

When victims board the vehicle, they would engage them in discussions, especially on business.

At times, one of them would claim he was a visitor from an African country and change his accent to further convince victims.

Narrating her ordeal with the suspects, a victim, Mariam Balogun, said “I boarded a vehicle from Costain to Oríle Bus Stop, with three men already inside, last week.

”On reaching Eric Moore Bridge, one of the passengers said he wanted to alight. He started a discussion that he had a bag containing huge amount of money belonging to his late boss, but that charms were placed on top of the money.

“He said he needed a herbalist or Pastor to pray on the money.“ As the conversation was on, the vehicle suddenly diverted to White Sand area, at railway line, Ijora Badia.

“An oath was administered on me against my will. I was forced drink water from a calabash. Other passengers whom I thought we were together, also drank the water.

Like the first victim, she said she met two passengers in the cab and that the driver, later identified as Junior Osuagwu, diverted the vehicle to an unknown location.

She added that “As we were moving, I sighted some mobile policemen attached to WEMA bank. I raised the alarm which alerted them. They chased our vehicle, blocked it, and ordered everyone to alight. The driver was subsequently arrested. He mentioned one of his accomplices, during interrogation”

-Drama during arrest
When the complaint was lodged at the Area ‘B’ Command, the Area Commander, ACP Olusoji Akinbayo, detailed some of his men to fish out the perpetrators.

The suspects: Olasupo Olasehinde, 52 ; Abayomi Omoleye, 51; Unde Olaore, 56; Folajimi Akinnawo 45 years old and Abiodun Adedayo, 48, were traced to their base at the railway line.

A mild drama however played out at their base as they attempted to use their disappearance charms to evade arrest. But the charm, a black substance in a white bottle did not work.

One of them was said to have chanted some incantations on the substance. But they remained on the same spot until the police apprehended them.

He said, “one old briefcase containing counterfeit United States Dollars arranged in bundles of cut to size paper with fake dollars on top and beneath each bundle, and charms were recovered.

One of them, Folajimi, said “There is division of labour in the business. My job is to stand outside, looking for those who go to get victims. Immediately I sight my colleagues coming with a victim, I would signal one of us inside.

“Three persons go out to get a mugu (victim). One of them would tell the victim to help him get a herbalist, Pastor, or alfa that would nullify the potency of the tira (charm) on the foreign currency with him.

“He would promise to pay the victim for any service rendered. If the victim agrees, another partner who posed as a passenger would pretend to be interested in the business and would suggest they go to a known Alfa or Pastor, depending on the victim’s faith.

“By the time they get to our office, the supposed herbalist would request between N150,000 and N500,000, depending on the perceived financial status of the victim.

By then the victim would have been hypnotised. When he/she brings the money, we would give him or her some dollars, unknown to him that they are fake. By the time he comes back, we would have moved from the place.

The suspects according to Odumosu, would be charged to court”, Odumosu. 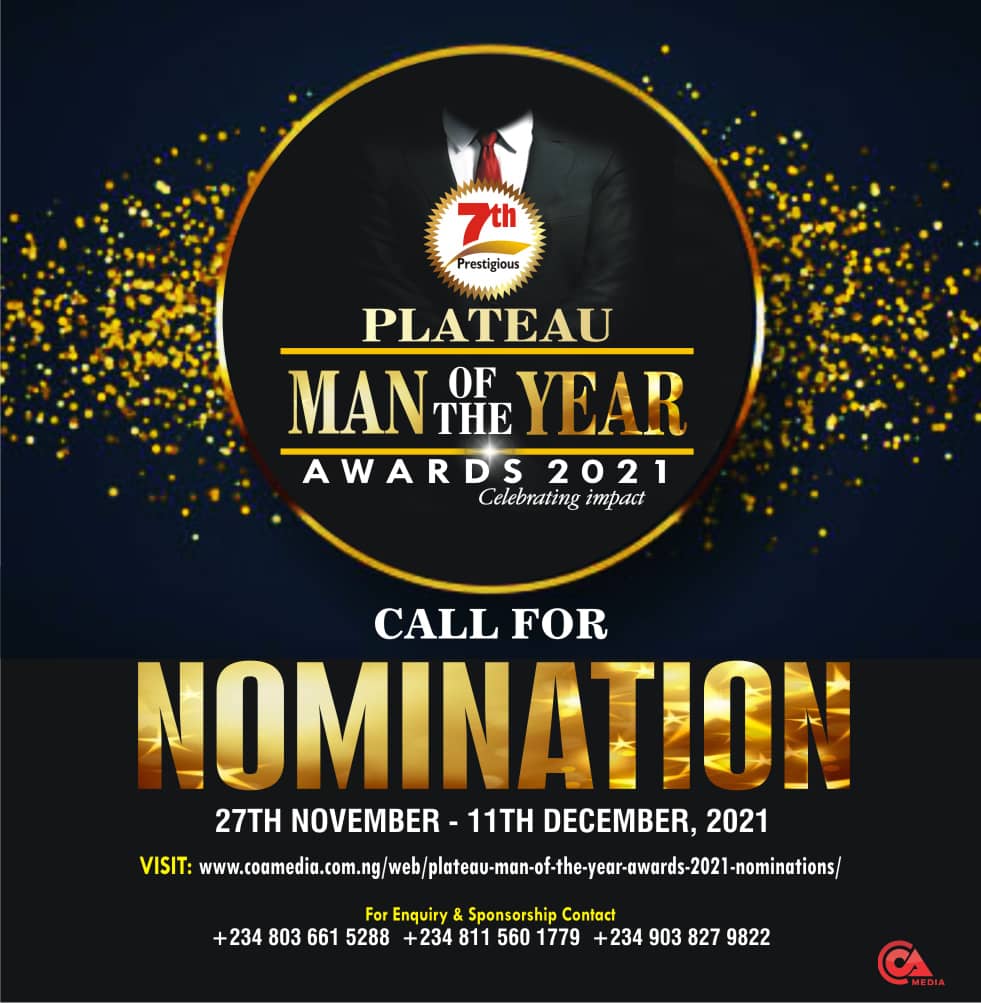 Plateau Man Of The Year Awards 2021 Calls For Nominations