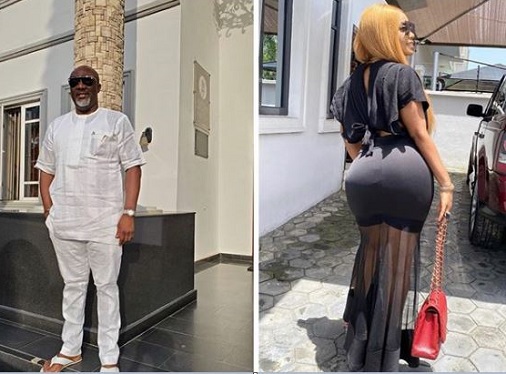 Lmao, Senator Dino Melaye has denied getting engaged to Nollywood actress Iyabo Ojo or even thinking of having a wedding with her. News have been making the rounds that the former Senator had secretly engaged the actress and a wedding is on the way.

A blog actually said, the wedding will take place soon after the pandemic.

Iyabo has kept mute about the alleged engagement and wedding, but outspoken Senator, Dino Melaye won’t let it slide. Below is the statement he used to debunk the news.

Leave him alone people LOL. We were only just waiting for Melaye to debunk the news. He won’t debunk what? LMAO! Stop guys, stop!