The Suge rapper was in Moncler store on Rodeo Drive in Los Angeles with three other men when someone reportedly called the cops at around 4.30pm, claiming that one of the group had a gun on his waistband.

As DaBaby and his crew prepared to leave the luxury shop, police surrounded their black SUV, conducted a search and found a 9mm pistol.

While everyone in the car was detained by officers, DaBaby, real name Jonathan Kirk, is the only one being booked, according to TMZ. He was arrested for carrying a loaded firearm – a misdemeanour – and briefly held on $35,000 bail.

It appears he’s already back to work, however, as he shared a video clip on his Instagram story of himself inside a recording studio – adding, “Still on time for the meeting”.

Thursday’s arrest is the latest in a long line of troubling incidents for the musician, who was arrested for an alleged robbery almost a year ago and, just a few weeks later, was caught on camera allegedly assaulting someone inside a hotel.

Gist | D’banj reacts to rape allegation and the accuser to pay 100 million Naira for defamation of character. 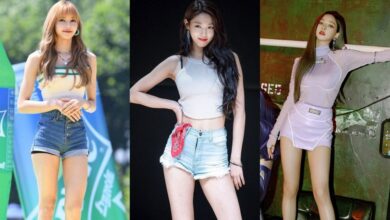 Netizens discuss which female idol has the most ideal body