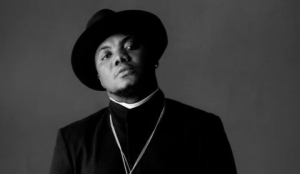 While football fans and music Twitter clashed on social media later on Monday, Burna Boy, CDQ and Obafemi Martins were all spotted hanging out together.

What really happened at Quilox

In the evening of Sunday, February 28, Burna Boy and his crew were at Quilox, an exotic club on Victoria Island, Lagos. Martins and his crew were also at the club that night. A fight then broke out between businessman, Rahman Jago – a known associate of Burna Boy – and another person.

The issue got so big that Martins’ camp was affected. Due to Jago’s affiliations with Burna Boy, they faced off with the former Super Eagles player and his camp.

Martins himself got physically involved and in the heat of the moment, the footballer had to defend himself and found a way to escape the drama and the danger of it.

A bemused CDQ, who was also at the club on the night, vented at Burna Boy on social media. He felt Burna Boy’s camp had disrespected Martins, a respected footballer and philanthropist.

A thoughtful and respectful Burna Boy then sought to mend bridges with Martins, so he reached out and that was achieved. This led to the pictures of Burna Boy, CDQ, SammyLarry and Martins that went viral on Monday evening.

On the night of March 1, CDQ was at the club when a confrontation ensued with Burna Boy’s camp, led by a guy named Richie. As the issue escalated, CDQ said he was stabbed by Burna Boy’s camp and left bloodied.

Upon hearing about CDQ’s maltreatment, his camp stormed the same club and a fresh fight ensued with Burna Boy’s camp – a few other people got injured.

CDQ in an audio explicitly confirmed Burna Boy’s involvement. Speaking in Yoruba, he says, “It was Burna and his squad, led by a guy named Richie who later got stabbed as well. I made sure that he bled. [My People] questioned Burna’s sanity to do this in Lagos; not Port Harcourt or London.”

In a video also obtained, a deep cut is seen above CDQ’s left ear, from where blood gushes profusely. CDQ’s white Inter Milan shirt has blood stains while a white towel is visibly seen, drenched in blood, presumably that of rapper.

In another audio obtained, CDQ is heard in Yoruba saying, “He [Burna Boy] is an oloribuku. When [his camp] got done, I called my people over to retaliate against [Burna’s] camp. [Burna] then took me to the hospital where I got two pints of blood last night.

Later, [Burna] asked me to enter the club and have a few drinks, so that people could make a video to prove that everything was settled.”

Pulse Nigeria then reached out to Burna Boy’s camp and they denied the allegations. In fact, they claimed that CDQ was never at the club on the night of March 1.

They claim that Burna Boy was about to leave the club when he heard that some guys were about to attack Martins. A horrified Burna Boy then rushed back into the club to rescue Martins.

Burna according to them always held the footballer in high regard after he bought expensive tables at the singer’s shows in the past.

Burna Boy’s camp also deny that Burna Boy was at the club on Monday night.

This is not the first time Burna Boy has been accused of violence.

In November 2017, the singer was accused of sending two men to attack fellow Port Harcourt-bred artist, Mr 2Kay at Eko Hotels and Suites.

In December 2020, Burna Boy and fellow Nigerian superstar, Davido also reportedly had a bust-up in Ghana.

Before the December 2020 event, the Grammy nominee appeared to have turned a corner and had looked to leave public controversies behind.

But 11 days before he scheduled to perform at the 63rd Grammy Awards, where his album, Twice As Tall is also competing for the Best World Music Album, Burna Boy is again trailed by controversy.