Beyonce is one step closer to trademarking her daughter Blue Ivy’s name after U.S. authorities dismissed a challenge to her application.

The Formation icon has been locked in a legal battle with Veronica Morales, owner of events planning firm Blue Ivy Company, since 2017, after the superstar filed papers seeking to protect the commercial rights to “Blue Ivy Carter”, the name of her eight-year-old child with husband JAY-Z.

Morales insisted the trademark would be too similar to her own brand, and urged officials at the U.S. Patent and Trademark Office to deny the bid, even going as far as accusing the singer of fraud, insisting Beyonce had no intention to actually use the name for business purposes.

However, Morales’ arguments have since been shot down by authorities, who ruled there is no evidence to suggest members of the public would confuse the two brands, reports The Blast.

Of the fraud count, they declared: “Because we find Opposer failed to establish that Applicant lacked a bona fide intent to use its mark in connection with the goods and services identified in the application, her fraud claim based thereon… fails as well.” 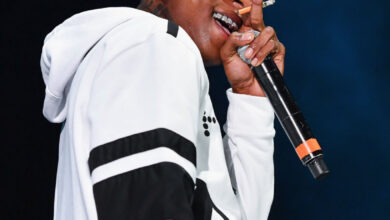