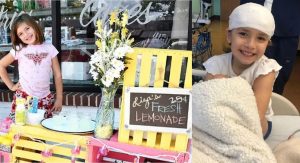 A little girl’s resolve to help find a solution to her medical condition has led her to reportedly raise $260,000 (N99m) for her brain surgery.

7-year-old Liza Scott opened a lemonade stand to help pay for her own brain surgery.

Mother of the brave girl from Alabama, USA, revealed that she suffered a seizure on Saturday, January 30, and the doctors discovered that Liza had three cerebral malformations on her brain.

The three malformations include a cleft, an aneurysm and a Dural Arteriovenous Fistula which is an uncommon vascular condition where abnormal connections are made between branches of arteries and veins.

The doctors however advised that she needed to get an urgent surgery so as to prevent possible stroke, hemorrhage or seizure.

However, to alleviate her family’s burden of raising funds for the surgery and medical bills, little Liza asked her mother to build her a lemonade stand in their family bakery.

In her stand, she sold sweet treats and lemonades while encouraging people to buy so as to channel the proceeds to her medication.

Liza’s first surgery is scheduled for today, March 4, and she will be required to take a flight to Boston Children’s Hospital.

The family also confirmed that they did not only get donations but also free flights for the seven-year-old and her mom and free accommodation during their stay in Boston.

You have no idea how loved we feel, it has been overwhelming, but amazing. It has kind of allowed me to step away from some of the emotions,” said the mum during an interview with a local TV station.

The family thanked good Samaritans who rallied behind their daughter and supported her in her initiative to raise money for her hospital fee.

Liza says she intends to continue selling lemonade as soon as she leaves the hospital and feels better.

#BBNAIJA: [VIDEO] I’M SEX STARVED AND I DON’T KNOW IF MY BODY CAN HANDLE THAT FOR 5 MORE WEEKS – VEE 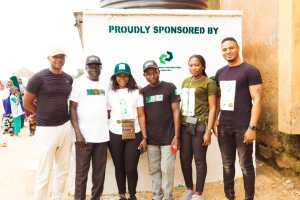 THE ALGIER12 PROPERTIES LIMITED SPONSORED A BOREHOLE PROJECT IN ANGWAN KEKE, IN PARTNERSHIP WITH UN AND UPVAC. 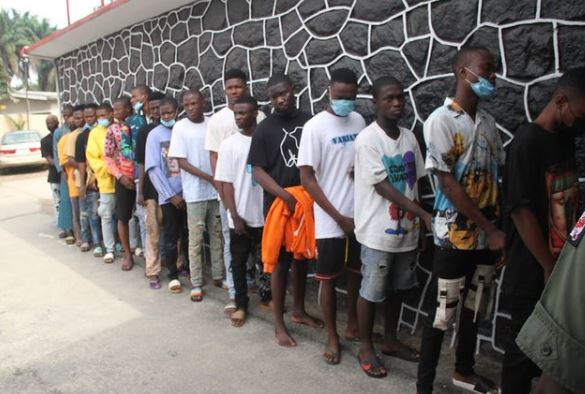