90 year-old widow ‘gang-r.a.p.e.d by two men after they stormed into her house at night 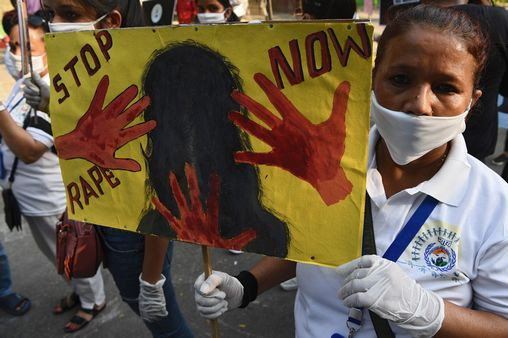 A 90-year-old widow in India was allegedly gang-r.a.p.e.d by two men who stormed into her house at night.

The old woman said they left her “almost half-dead” after the attack in India on October 24.

When she regained her senses the next morning she told her neighbour.

She went to hospital and had medical tests after the attack in the Kanchanpur area in the country’s North Tripura district.

It follows protests in India earlier this month over the gang-r.a.p.e and murder of a young woman.

The family of the 90-year-old woman took her to a police station and lodged a report against Anjan Nama, 35, and another unidentified man, the Times of India reports.

Speaking to reporters, the woman said: “Anjan and another man stormed into my house at midnight.

“They r.a.p.e.d me and left me almost half dead.

“When I regained my senses the next morning, I informed my neighbour.

“But Anjan is a very powerful person and we didn’t dare to take a stand against him.”

No arrests have been made so far