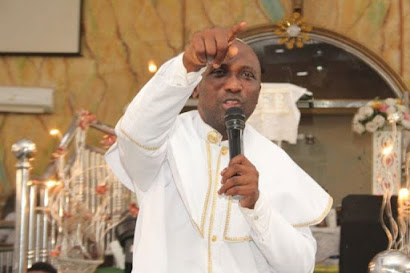 The leader of INRI Evangelical Spiritual Church, Primate Elijah Ayodele, has warned that killing Kano-based musician, Yahaya Sharif-Aminu, will amount to spilling blood of the innocent.

Primate Ayodele, made this known in a statement and cautioned against the killing of the talented youngster.

The Kano-based singer was recently sentenced to death by an Upper Sharia Court for blaspheming Prophet Mohammed.

The 22-year-old Kano singer, was, however, given an option to appeal the ruling, or he will die by hanging.

He made reference to Boko Haram members that were granted amnesty, noting that they equally deserved death because they have killed several Nigerians, yet they were pardoned.

‘‘If they should kill that young boy, they would be spilling innocent blood. Insurgency is one of the problems in the north, Boko haram has been killing lots of them yet when Boko Haram members were captured, they were granted amnesty, that boy has done nothing that warrants him being condemned to death.

“The same tolerance employed in the case of Boko Haram insurgence should also be employed here.”