Gist | Popular cartoon character Spongebob may be gay according to Nickelodeon

Nikelodeon appears to have hinted that SpongeBob SquarePants is gay after showing Bikini Bottom’s most famous resident celebrating Pride Month.

The network made the revelation on Saturday in a tweet to celebrate Pride Month, although it did not specifically state SpongeBob’s sexual orientation.

In a Twitter posting, Nikelodeon tweeted: ‘Celebrating #Pride with the LGBTQ+ community and their allies this month and every month.’

Three characters featured in the tweet including SpongeBob, Schwoz Schwartz from Henry Danger, and Korra from the Legend of Korra. 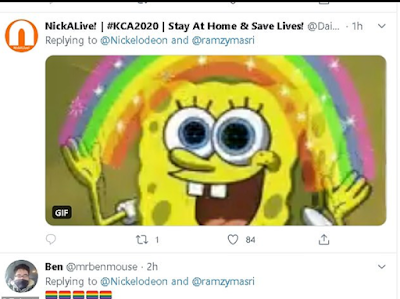 Nickelodeon turned off comments and replies to their tweet, but fans of the show did not appear to have been caught by surprise by the announcement. 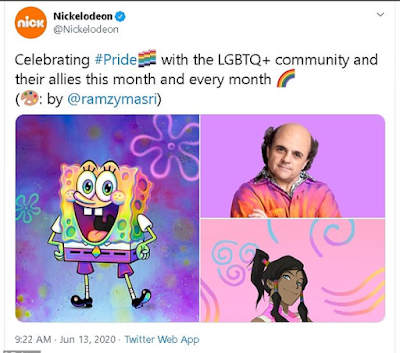 ‘Spongebob gay? I mean he literally had a baby with Patrick,’ wrote one nonplussed Twitter user.

SpongeBob’s sexuality has been a topic of discussion for a number of years.

SpongeBob was created by Stephen Hillenburg and began in 1999 making it one of the country’s longest-running cartoon series, although Hillenburg had previously stated that the beloved sponge was not in fact gay, but asexual. 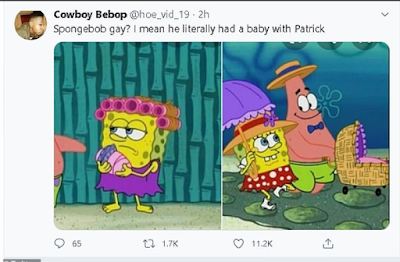 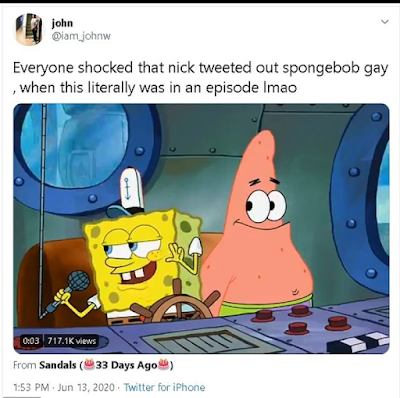 ‘We never intended them to be gay. I consider them to be almost asexual. We’re just trying to be funny and this has got nothing to do with the show,’ he said during an interview to Reuters in 2005.