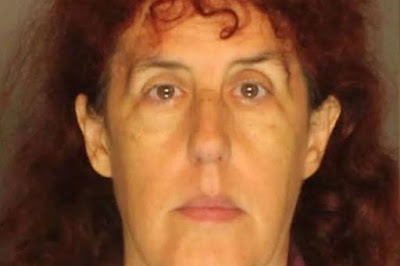 Cynthia Black, 61, from Pennsylvania, was arrested at her home on Wednesday and transported to the York County Judicial Center for allegedly keeping her dead grandmother’s body stuffed inside a freezer for sixteen years so she could claim her social security payments.

She has been charged with theft by unlawful taking, receiving stolen property, and abuse of a corpse according to The Mirror.

The state police reported that she had placed her deceased grandmother into the freezer 16 years ago and even took it with her when she moved.

The identity of the dead woman was made known with the help of DNA testing, the deceased was identified as Glenora Reckord Delahay.

Black, who is the woman’s granddaughter, admitted that she found Delahay deceased in their Ardmore home in March 2004.

Speaking about the age of the deceased, Delahay would have been 97 years old at the time but her family needed the income that Delahay received from Social Security.

Black told police that she carried her grandmother’s remains to the basement and placed them in the freezer and she moved the freezer with Delahay’s remains inside from the Ardmore property to York County in 2007.

When she moved, her grandmother’s Social Security income was used to pay the mortgage. However, she still ran into financial problems and her new home went into foreclosure.