Tax fraud: Diego Costa could face up to 6 months in prison 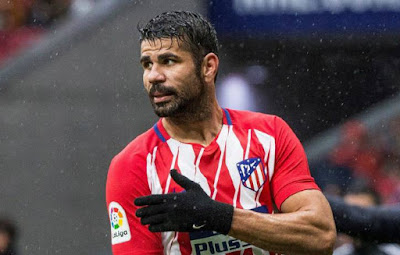 Diego Costa is time in prison for tax fraud, with prosecutors asking for him to face six months behind bars ahead of his trial on June 4th.

According to reports in Spain, via Cadena Ser, the Atletico Madrid striker has defrauded the Spanish state of over 1 million euros for not declaring payments regarding his move from Spain to Chelsea in 2014 and for image rights.

The report says that the prosecution want the 31-year-old to face six months in prison as well as a fine of 507,208 euros.

However, as has been the case with other footballer’s tax misdemeanours in Spain, the Atletico Madrid striker is unlikely to serve any time behind bars.

The laws in Spain allow sentences under two years for non-violent crimes to be exchanged for a fine and Costa will only have to pay 36,500 euros, on top of his over half a million fine, to avoid time in prison.

Lionel Messi, and his dad Jorge, were found guilty of defrauding Spain in 2017, and the Barcelona star was initially given a 21 month sentence.

The six time Ballon d’Or winner eventually had to pay a €252,000 fine and speaking recently he admitted the situation nearly caused him to quit Barca. “At that time, with the mess of the treasury, I wanted to leave, not for wanting to leave Barca but wanting to leave Spain,” the Argentina star said.

“I felt that I was being very mistreated and I didn’t want to stay here. I never had an official offer because everyone knew my idea to stay here.”

In January 2019 Messi’s rival Cristiano Ronaldo was also on the receiving end of a fine for defrauding Spain. The Juventus forward, who flew in from Turin for the trial at the time, also had to pay a big fine to avoid 23 months in jail.

It’s not just the players who have suffered with Barca also being fined in 2014 for the signing of Neymar and having to spend £11.2 million to Spanish authorities, though they denied any wrongdoing, “The aim is to cover eventual interpretations that could be given to the contracts drawn up in the operation to sign Neymar,” the club said at the time.

Costa, who has been linked with another move away from the Spanish capital, has scored just two goals in La Liga this season, from eight starts.

Plenty of fans would love the thought of Costa behind bars, especially Arsenal fans, but it looks quite unlikely.